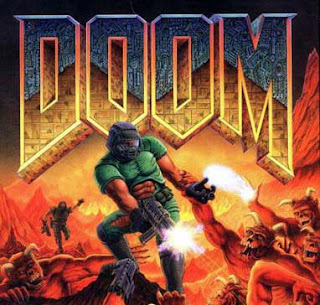 Doom/Ultimate Doom, Doom II, Final Doom, Doom 64, Doom multiplayer, and the thousands of downloadable maps and mods... none of it ever gets old. As much as I love crappy stories (Halo), pointless cut scenes (Halo), sluggish controls (Halo), and monsters that sound like Jar Jar Binks (Halo), nothing stacks up to the raw speed and simplicity of the classic Doom games. Every monster, gun, and texture in Doom could eat the entire Halo universe for lunch. 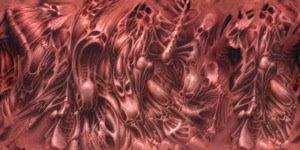 One of the many kick-ass Doom textures. Eat your heart out, Bungie. 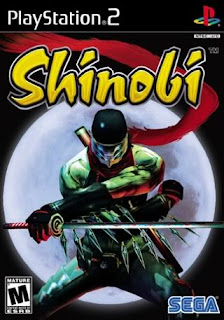 When I was in high school, I would always always come home and empty any change from my pockets into my dresser drawer. After doing this for a while, I eventually counted up the change, and headed to my local Nazi base camp (GameStop) to find a ninja video game that I could buy with a sack of quarters. Robert Hamburger (owner of Real Ultimate Power) must have been smiling down on me that day, because I ended up picking Shinobi. Truthfully, I would like to think that Shinobi picked me... but a game that kicks this much ass would never seek out a chump high schooler that uses scrap change to buy it as an afterthought. I am so ashamed of myself for not discovering this game sooner. Every morning, I attempt to repent by doing a backflip right onto my neck before going to work. I've been doing this for 7 years.


Shinobi is everything that a ninja game should be. Featuring fast, simple, responsive controls, it includes running on walls, shurikens, disappearing in front of your enemy and re-appearing behind him, and ninja magic. You wield a soul hungry sword that must be constantly fed by slaying your enemies and, if you don't keep it satisfied, will eventually start consuming you. In a given battle, the more enemies you kill in a row the stronger your sword gets. Kill all of them in one sequence and you've achieved "Tate" (tah-tay). The screen freezes, you put your sword away, and all of the enemies suddenly fall to pieces where they stand.

As long as I've had this game, I've yet to beat it on the hardest difficulty. I've come back to it every few months or so but still haven't quite done it. As one metacritic.com reviewer describes it:

TATE in my language means...male testis (how I laughed!) and that proves it...you need balls to play Shinobi-and if you dont like the game then you dont have balls! Simple! 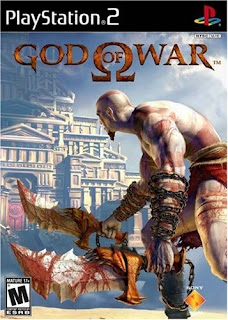 The first time I played God of War, the in-game tutorial told me to hit the Circle button to grab an enemy, so I did. I picked up the enemy and... nothing happened. So I arbitrarily hit Triangle and Kratos (the main character) turned the monster on its side and ripped it in half with his bare hands. I literally paused the game, set the controller in my lap, and caught my breath... did that really just happen? I unpaused and played through roughly 9 hours of snapping necks, ripping wings off of harpies, shoving blades down minotaur's throats, smashing medusa's face into concrete, and ultimately ended up ramming a sword the size of a city into Ares's heart. They were the manliest 9 hours of my entire life.

Normally, mindless violence in video games doesn't do it for me. But this game is pure adrenaline. You control a pissed of Spartan hell bent on exacting revenge on the God of War. The cut scenes are intense, the soundtrack is intense, the way you run is intense. Hell, opening doors is intense. This game will put hair on your chest. 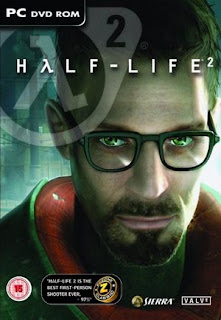 Half Life 2 is every nerd's dream come true. Your character, Gordon Freeman, is a theoretical phycisist who runs around with a crowbar, a machine gun equipped with a grenade launcher, and a laser-guided bazooka. Unlike the Doom series, the sequel is actually a great extension of the original, building on the killer story and gameplay from the first Half Life.
I can't even think of the right words to describe how great this mind-blowing game really is. It has the highest score of any game ever to be reviewd on metacritic (96), and Valve continues to release quality episodes that extend the story further. If you haven't played Half Life 2, shame on you. Go to Valve's website and download the game immediately.
CONTRA 3: THE ALIEN WARS 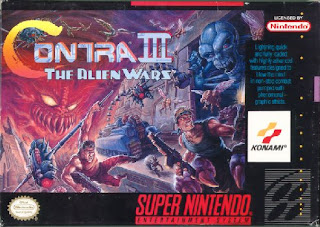 I defer to Maddox
Posted by Vince at 4:34 PM

Those are indeed five games that kick ass. I'm disappointed that Hello Kitty Island Adventure didn't make the cut though.

"As much as I love crappy stories (Halo), pointless cut scenes (Halo), sluggish controls (Halo), and monsters that sound like Jar Jar Binks (Halo), nothing stacks up to the raw speed and simplicity of the classic Doom games."

Mattriskung, you kno that Halo is teh best game EVAR... did u dye two many times and now u cry to ur mom and play doom? doom sucks because it is old. everyone know that new game = bettat games. look at halo 3 it is soooooo much fun that i play it all day and nite and sometimes mis schol to play it because i am teh best. plus how do you use ur gameshark on doom you cant so it sucks lol. God of War is the best game on ur lkist but it is too easy lol so i quit playing it a looooong time ago and went back to halo and call of duty because i like guns.